“Repeal & replace” hits a speed bump, the revised travel ban gets rebuffed, and phony wire tap redux.  But what else happened this week?

1. The Trump administration unveiled its “skinny” budget plan (a “skinny” budget is basically a general budget outline that doesn’t contain a lot of details, though Trump’s is even skinnier than they usually are). 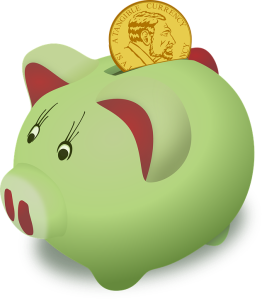 Unsurprisingly, it’s pretty much a blueprint of awful.

Trump does keep his promise not to cut Social Security or Medicare (though he will break the promise big time on Medicaid if the GOP health care plan goes through) and to increase military spending.  Because those items make up by far the largest portions of the budget, this means that all of Trump’s cuts are focused on the very small portion of the budget that’s left for all other spending.

The Washington Post’s “Wonkblog” analysis of the budget is titled “If You’re a Poor Person in America, Trump’s Budget Is Not For You.” That gives you a pretty good hint right there what they think of the budget. But here’s how they describe it:

Trump has unveiled a budget that would slash or abolish programs that have provided low-income Americans with help on virtually all fronts, including affordable housing, banking, weatherizing homes, job training, paying home heating oil bills, and obtaining legal counsel in civil matters.

During the presidential campaign last year, Trump vowed that the solution to poverty was giving poor people incentives to work. But most of the proposed cuts in his budget target programs designed to help the working poor, as well as those who are jobless, cope.

For a President who talks about "America First," this budget puts Americans last. Trump’s budget doesn't even mention jobs once!

2. At a press conference on Tuesday, budget Director Mick Mulvaney defended the budget to reporters:

He said that after-school programs had failed to help children in schools, that housing programs were “not well run,” that government health research had suffered “mission creep” and that grants to local communities “don’t do any good.”

And he said that the president made no apologies for eliminating the government’s efforts to curb climate change.

“We’re not spending money on that anymore,” Mr. Mulvaney told reporters at the White House. “We consider that a waste of your money to go out and do that.”

3. The budget also cuts funding for the State Department and the EPA by nearly a third. This is even more than the 25% cut to the EPA that had originally been reported a few weeks ago, which I told you about in the 3/3 roundup. This cut would bring the EPA’s budget down to its lowest level in 40 years.

A budget is a moral document. And what this one says about Trump is dark. via @zachdcarter @ArthurDelaneyHP https://t.co/exZSZQP62p? pic.twitter.com/zEBfzjMVb4

4. But small (very, very small) miracles are still possible: a group of 17 Republicans in the House have introduced a resolution urging their colleagues in the House to address climate change. Of course, there’s only so far they’re willing to go:

A number of legislators sponsoring the resolution made clear, however, that they would not support a carbon tax . . .

In an apparent indication of just how difficult it is to get a group of congressional Republicans to endorse any kind of call for climate action, the resolution itself does not explicitly spell out and affirm the scientific consensus that greenhouse gases generated by human activity are the primary driver of global warming. Instead, the declaration notes only that human activity has “been found to have an impact” on a changing climate, and calls for “efforts to balance” that impact.

But hey, you’ve got to start somewhere!

5. And Trump’s Defense Secretary James Mattis called climate change a national security issue. The statement came in written testimony to the Senate Armed Services Committee as part of his confirmation hearing. Remember, just this afternoon Trump’s budget director said they think spending money on climate change is a waste of money (#2 above).

6. Scientists have found that huge sections of Australia’s Great Barrier Reef have died as a result of overheated sea water.

With this latest global bleaching in its third year, reef scientists say they have no doubt as to the responsible party.

They warned decades ago that the coral reefs would be at risk if human society kept burning fossil fuels at a runaway pace, releasing greenhouse gases that warm the ocean. Emissions continued to rise, and now the background ocean temperature is high enough that any temporary spike poses a critical risk to reefs.

“Climate change is not a future threat,” Professor Hughes said. “On the Great Barrier Reef, it’s been happening for 18 years.”

7. And with the news full of the Trump administration’s climate change denial, it might be important to note this: Out of 46 Senate-confirmed science and technology positions in the administration, Trump has filled just one. The other 45 are vacant, and Trump has made no moves to fill them. The vacancies are in positions “that help the government counter risks ranging from chemical and biological attacks to rising seas.”

There’s also concern that short-staffing of scientists could leave the Trump administration unprepared to handle a science-based crisis — such as a new emergence of bird flu with an increased ability to be transmitted between humans.

8. And even when Trump does fill the vacancies in his administration, it may not be with the people most qualified to do the job. From the New York Times: “Prerequisite for Key White House Posts: Loyalty, Not Experience”

President Trump’s point man on Israeli-Palestinian negotiations is a longtime Trump Organization lawyer with no government or diplomatic experience. His liaison to African-American leaders is a former reality-TV villain with a penchant for résumé inflation. And his Oval Office gatekeeper is a bullet-headed former New York City cop best known for smacking a protester on the head.

Every president sweeps into office with a coterie of friends and hangers-on who sometimes have minimal experience in the arcana of the federal government. But few have arrived with a contingent more colorful and controversial than that of Mr. Trump, whose White House is peppered with assistants and advisers whose principal qualification is their long friendship with Mr. Trump and his family.

There is Jason Greenblatt, the former Trump Organization lawyer, whose portfolio now includes peace in the West Bank, international trade deals and relations with Cuba. Omarosa Manigault, whose star turn on “The Apprentice” propelled the show’s breakout first season, is now among about two dozen aides with the rank of assistant to the president — and one of the few with walk-in privileges for the Oval Office.

A culture of paranoia is consuming the Trump administration, with staffers increasingly preoccupied with perceived enemies — inside their own government.

In interviews, nearly a dozen White House aides and federal agency staffers described a litany of suspicions: that rival factions in the administration are trying to embarrass them, that civil servants opposed to President Donald Trump are trying to undermine him, and even that a “deep state” of career military and intelligence officials is out to destroy them . . .

It’s an environment of fear that has hamstrung the routine functioning of the executive branch. Senior advisers are spending much of their time trying to protect turf, key positions have remained vacant due to a reluctance to hire people deemed insufficiently loyal, and Trump’s ambitious agenda has been eclipsed by headlines surrounding his unproven claim that former President Barack Obama tapped his phone lines at Trump Tower during the 2016 campaign.

10. And lastly, a great New York Times piece about Sean Spicer’s press briefings. We all can’t resist tuning in every afternoon to watch the disaster unfold, but Spicer’s really playing to an audience of one: his boss, the President.

During the briefings, it helps to imagine Mr. Spicer being watched by a cruel, flaming eye just off camera. Mr. Trump has reportedly criticized Mr. Spicer’s suits, his speaking style, his insufficient fire in the belly.

Mr. Spicer doesn’t just have a boss; he has a minder. In the middle of one briefing, David Corn of Mother Jones tweeted, “he was passed long notes: big letters written w/ red Sharpie. Journos speculate they’re from a watching Trump.”