Wednesday brought some good news for congressional Republicans – though it probably isn’t anything you were picturing on their Christmas list.  Nope, they didn’t get their tax bill passed (yet),

But what did happen is that Richard Cordray – the head of the Consumer Financial Protection Bureau (CFPB) – announced he’d be stepping down by the end of November. (That’s more than half a year before his term ends. There have long been rumors that he plans to run for Ohio Governor).  Why is this good news for Republicans?  Because they’ve been trying to get rid of Cordray since the moment he was appointed by President Obama back in 2012. END_OF_DOCUMENT_TOKEN_TO_BE_REPLACED

Even for those of us who are the most distressed by the Trump presidency, if you squint hard enough, it’s possible to see some teeny tiny bright spots.  True, it does require squinting really, really hard and maybe even using some tinted lenses, but if you look at just the right angle, you can see them.

One of these bright spots is the fact that Democrats/progressives/lefties finally seem to be focusing in on the vital importance of our nation’s judges.

The right has made the federal judiciary a top priority for decades: getting their justices appointed – not just to the Supreme Court but at every level of the judiciary has long been a primary goal.  Not only have they made it an explicit focus of many political campaigns (it was a key tool Trump used to get reluctant conservatives on board with him),  but behind the scenes they have developed extremely well-funded and influential activist groups specifically devoted to the cause. END_OF_DOCUMENT_TOKEN_TO_BE_REPLACED

Shady, shady, shady.  That’s the only way to describe what’s going on with the GOP tax bill.  After Monday’s blog post about the end of the teachers’ expense deduction, I wasn’t planning to talk about the tax bill again.  But then I learned a new detail that I had to share with you.  If you’ve been following the discussion about the tax plan at all,

you’ve probably heard that it ends the deduction for state and local income taxes.

This move has been very controversial, because it will mean a significant tax increase for many people. And obviously it will be most harmful to people who live in high-tax states and/or states with a high cost of living – in other words, it overwhelmingly hurts people in blue states.  And of course, the next logical leap from there for many of us is to say to ourselves: “wait a minute . . . assuming Trump actually pays any income tax, this change to the state and local tax (SALT) deduction would hurt him too.”  Or would it??

END_OF_DOCUMENT_TOKEN_TO_BE_REPLACED 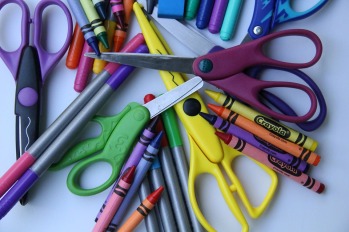 fact that we live in a society where those kids eventually develop into productive adults.  In other words, this post is for everyone.  This is something I hope we’ll all care about.

Republicans finally unveiled their much anticipated “tax reform” bill this week.  It’s deservedly gotten lots of coverage, so I’m not going to talk about it in depth on this blog.  But there’s one small detail that you won’t hear about much, so I wanted to mention it here:  The GOP tax bill will eliminate the “educator expense deduction” which currently allows teachers to take a deduction for money they spend buying supplies for their classroom.  END_OF_DOCUMENT_TOKEN_TO_BE_REPLACED

Do you have a body?  I bet you do!  And assuming you do, that means there’s a chance that one day you might get sick or injured.  Therefore, it’s a good idea to have health insurance.  So if you don’t get group insurance through work or through a spouse or some other means, this is the time of year for you to sign up for insurance on your own: 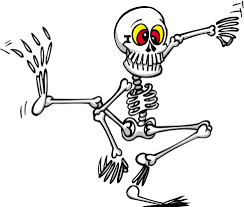 Obamacare open enrollment begins Wednesday, November 1 at healthcare.gov. (See below for states that run their own exchanges).

And don’t go away if you’re one of the lucky ones who already has insurance!!  Because this year, it’s more important than ever that we all pitch in to spread the word to anyone who might not be so lucky.  That’s because Trump and his administration have been going out of their way to make the enrollment process more difficult this year.  They’re making it less likely that people will sign up for insurance or even know that they have the opportunity to sign up.  Trump is aided in this by a complicit Republican party which hopes that a poor enrollment season will help make the case for dismantling the law: END_OF_DOCUMENT_TOKEN_TO_BE_REPLACED

Social media has been very much in the spotlight the last few months for some of its more negative influences on our culture, with companies such as Facebook and Twitter acknowledging they were used as tools in Russia’s effort to interfere with the 2016 presidential election, with both of those sites along with Reddit being prime gathering spaces for the white nationalist groups that have become increasingly prominent in the news, and with harassment on all of the various platforms becoming a growing – and not very well checked –  problem. 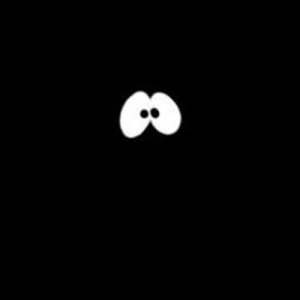 But social media does still have plenty of benefits to offer, which is of course, the reason so many millions of us stick with it, despite any downsides.

One of the things I love about Facebook, in particular, is the way it can bring back long forgotten memories – memories that otherwise would be lost down the “memory hole.”  I’ve posted on this blog a couple times before about how I love Facebook’s “Your Memories” feature for exactly this reason.  Sometimes the memories Facebook resurfaces are just fun & entertaining – old photos that are funny or cute or just reminders of a good day.

But other times, the memory Facebook offers up will really surprise me and get me thinking by showing me a written post that I’d totally forgotten about.  These memories are especially interesting, because of the way they can bring a shift in perspective – a reminder that , wow, five years ago, I was thinking that??  Or seven years ago that was happening in the world.  And right now, even the memories from just one year ago feel like they’re from a totally different world, since certain things have changed so significantly since then.

END_OF_DOCUMENT_TOKEN_TO_BE_REPLACED

What if you held a civil war and nobody came?  That was pretty much the big story this week, as we started out the week with two retiring GOP Senators – Bob Corker and Jeff Flake – launching very pointed and extensive verbal attacks on President Trump’s fitness for office.  The media then went all in talking about the big GOP civil war.  But there is no war, at least not among elected Republicans, because after Corker & Flake, no one else is showing up to fight.*

The Party is choosing instead to fully surrender to Trumpism.  GOP leaders – and most other elected Republicans – have spent the last few days attempting to sweep the whole thing under the rug, pretending as if it was just a simple teenage love spat that the “crazy kids” could sit down and work out over lunch.

Of course, Sen. Corker’s fears that Trump might get us into World War III or Sen. Flake’s denunciation of Trump’s behavior as “dangerous to our democracy” don’t exactly sound like the kind of thing that can be fixed over a sandwich.  But hey, who cares about the details?? While all of that drama was playing out, there was lots of other news going on.  So what else happened this week that you might have missed? END_OF_DOCUMENT_TOKEN_TO_BE_REPLACED

It’s not entirely uncommon to hear Trump described as a sick man – mostly by Trump antagonists grasping for a word to adequately express the depths of his disturbing behavior. But whatever you think of that description, the idea of Trump as disease carrier might actually be the perfect metaphor when it comes to describing the danger posed by Trump’s corruption. 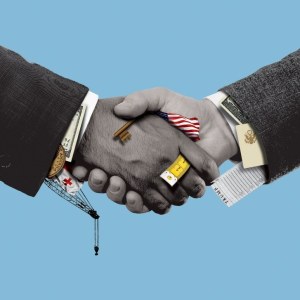 At least, that is, according to one of our country’s leading experts on the topic.

Sarah Chayes, at the time an award-winning reporter, was in Afghanistan to cover the fall of the Taliban in 2001 and its aftermath.  In 2002, she decided to give up reporting and remain in Afghanistan to help with the rebuilding.  She ended up living in Kandahar, Afghanistan for nearly a decade.  Then in 2010, she went on to become a special adviser to the chairman of the Joint Chiefs of Staff in the United States (Admiral Mike Mullen).  Through her experiences reporting and living in kleptocratic countries, she’s become one of our foremost experts on corruption in governments.  And now, Chayes is turning her attention to the United States.  END_OF_DOCUMENT_TOKEN_TO_BE_REPLACED

It’s been said so often it’s becoming a cliché in the Trump presidency, but it’s true: every time you think we’ve seen the bottom, Trump somehow manages to sink even lower.  And that’s how we, collectively, ended up spending the week dragging the horrific pain of Gold Star families out into the public view for all to see.  Because, like he does so often when challenged, Trump responded by disparaging others (in this case, previous Presidents) in order to prove that he’s the best, the biggest,

the ultimate (in this case, at offering condolences).  And because Trump can never, ever let anything go, he kept hitting back and escalating at every turn – keeping the story at the top of the news for the entire week.

The other big – but less dramatic – story was the bipartisan agreement reached between Republican Senator Lamar Alexander and Democratic Senator Patty Murray to undo some of the damage Trump caused last week when he announced he would stop making Obamacare’s “cost sharing reduction” payments.  Trump is torn between wanting them to fix his mess (so he won’t be blamed for premium increases) on the one hand, and fearing the wrath from his base (who see any compromise as capitulation) on the other. So it remains to be seen whether he’ll sign on to this deal.  The week was spent in a game of “will he or won’t he,” while millions of American waited nervously to see what would happen to their health insurance.  Trump is truly a human wrecking ball, and we the people are all in his path.  But what else happened this week that you might have missed? END_OF_DOCUMENT_TOKEN_TO_BE_REPLACED

Events of the last few days – and really of the last few months – have led me to look back to a pair of posts I wrote months ago, not too long after Trump was inaugurated.  These posts described something that is now coming to define the Trump presidency.*  Back in March, right after the first attempt at a health care bill failed in the House, I wrote a post called “In Praise of Incompetence.”  In that post, which borrowed a phrase that Lawfare blog’s Benjamin Wittes had applied to Trump & his travel ban,

I argued that it wasn’t just Trump to whom we could apply the phrase “malevolence tempered by incompetence” but the GOP as a whole.

The idea of the post was that many of their policies are cruel, but their utter ineptitude at getting any legislation passed would protect us from much of what they were trying to do.  I argued back then that the struggles we saw with that first attempt at health care would be replicated in the months ahead – not just with health care legislation, but with legislation in general – because the party was completely unprepared to govern and was being led by a President even less equipped for the job than they were.