Interviews with Trump aide Kellyanne Conway are often painful to watch.  She rarely answers the question she’s asked or – if she does – she surrounds it with such an avalanche of words that any partial answer gets completely lost.   She lies often and easily (or so it seems), and she has a habit of deflecting questions back onto the interviewer or, unbelievably at this late date, over onto Hillary Clinton.  But two nights ago on Late Night with Seth Myers, she still managed to say something face-palm worthy.  At one point, displeased with the audience reaction to something she said about Trump, Conway responded:

We have such disrespect, I guess I’m just astonished. I’m almost 50 years old and and I’m so astonished to hear people outwardly ridicule the office of the president and its current occupant.

And you know what?  For once, I agree with you, Kellyanne, the disrespect toward the current occupant is astonishing.  You might want to talk to your boss about that. 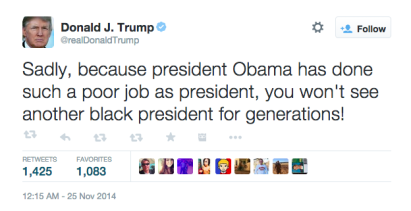 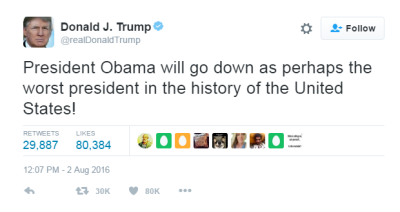 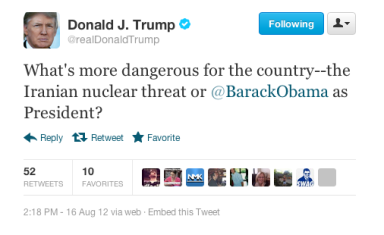 And bonus, from right after the 2012 election, when Trump thought Mitt Romney had won the popular vote: 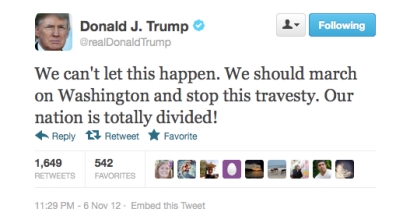