Just before Christmas I wrote a post, Naughty or Nice, about a memory that had popped up for me on Facebook that morning, 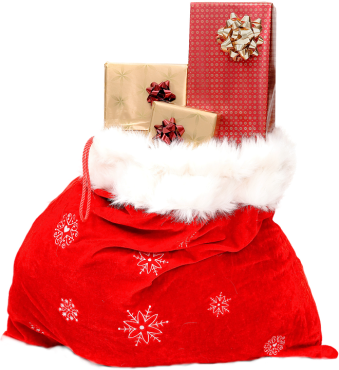 in which I had celebrated about progress breaking out in Washington.  The memory was from back in 2010, when Democrats controlled the Presidency, the House and the Senate but D.C. had been in gridlock for months due to the excessive use of the filibuster by Senate Republicans (something I’ve mentioned previously on the blog).  But, perhaps due to being filled with the Christmas spirit, at the end of that year the Senate was suddenly able to agree to pass a bunch of stuff.

I wrote Naughty or Nice on December 23, 2016, and a day earlier Trump had sent one of his infamous tweets, this time about expanding our nuclear capability. So I thought it was especially ironic at the time to be looking back on the passage of the New START Treaty,* which was an agreement with Russia about reducing our (both US and Russian) nuclear weapons.  It was reported at the time that when she asked him about the tweet, Trump  responded to Morning Joe host Mika Brzezinski, “Let it be an arms race.”

So now today, Reuters has a report on Trump’s first call with Vladamir Putin, and it’s not reassuring:

In his first call as president with Russian leader Vladimir Putin, Donald Trump denounced a treaty that caps U.S. and Russian deployment of nuclear warheads as a bad deal for the United States, according to two U.S. officials and one former U.S. official with knowledge of the call.

When Putin raised the possibility of extending the 2010 treaty, known as New START, Trump paused to ask his aides in an aside what the treaty was, these sources said.

Trump then told Putin the treaty was one of several bad deals negotiated by the Obama administration, saying that New START favored Russia. Trump also talked about his own popularity, the sources said . . .

During a debate in the 2016 presidential election, Trump said Russia had “outsmarted” the United States with the treaty, which he called “START-Up.” He asserted incorrectly then that it had allowed Russia to continue to produce nuclear warheads while the United States could not.

Take the story with a grain of salt as the sourcing is anonymous, but considering what we have learned about Donald Trump over the course of the last two years (and throughout his lifetime in the public eye) – the aforementioned comments from December, his general belligerence, his drive to win & belief that all fights are zero-sum, his pattern of not doing homework to prepare but instead playing things off-the-cuff, his dislike for reading briefing papers or anything more than a page long & not bullet-pointed, etc – does this story seem out of the realm of possibility?

*As the Reuters article notes, the New START treaty was ratified by the Senate in 2010 by a vote of 71-26, which was an overwhelming vote for anything in the Senate at the time.  Thirteen Republicans voted in favor of the treaty, along with all the Senate Democrats.  So about a third of Senate Republicans at the time voted for it.