deep down inside themselves and find some courage to hold Trump accountable now, or they can wait till it all comes crashing horribly down on them.  I wrote a couple posts last week in which I alluded to the fact that we should be paying attention not just to Trump but to the environment he’s operating in.  And that environment is one in which Republicans are allowing him free rein with absolutely no checks on his behavior.

It is this complete dereliction of duty by Republicans that has allowed Trump to get away with all of the outrageous & even unprecedented actions he’s taken.  Republicans are the ones with the power to reel him in, and over & over again they’ve chosen not to use that power.  But, you’d think that if anything would shake Republicans out of this partisan haze, it would be the extremely disconcerting events of the last few days surrounding the revelations about General Flynn’s conversations with Russia.  Unfortunately, as of right now it appears they’re choosing instead to wait for the big crash.

It was reported last Friday that General Flynn had spoken to the Russian ambassador about U.S. imposed sanctions while President Obama was still in office.  Flynn had previously denied doing so.  Vice President Pence had publicly stated that General Flynn never had conversations with Russia about sanctions, so it appears Flynn lied to Pence (assuming Pence was telling it straight). 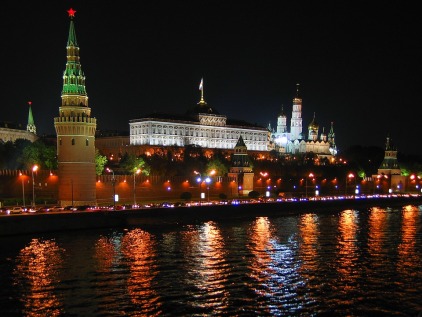 Yesterday this all came to a head, perhaps because reporters and all the key players were back from the weekend, so the people involved began getting pressed for details.

Or the final straw may have been a pretty shocking story from the Washington Post that came out yesterday evening revealing that the Department of Justice, and specifically Sally Yates (you’ll remember her as the acting Attorney General who Trump fired when she said she wouldn’t defend his “Muslim ban”), had warned the Trump administration sometime at the end of January that General Flynn had spoken with Russia about the sanctions and that he might be vulnerable to black mail.  It was unclear from the article who exactly in the Trump administration was made aware of this information, but Sean Spicer confirmed at today’s press conference that Trump himself was informed by his White House counsel weeks ago.  In any case, the questions and outcry rose throughout the day and by about 9:00pm Flynn had resigned.

It seems like a logical response to all of this

from the average person would be to wonder “what the heck is going on?”   As National Security Advisor, General Flynn held arguably the most important national security position in the Trump administration.  He was the top advisor to the President on national security issues, and he had access to vast amounts of classified information, including the President’s daily intelligence briefings.  Based on what we’ve already learned that Flynn was doing – supposedly without authorization & certainly without the knowledge of the American people – it’s natural to wonder if there’s more we don’t know about.

Additionally, thanks to the Washington Post report we now know that Trump’s administration was told about Flynn’s actions weeks ago.  Yet they sat on the information and continued to allow Flynn to have access to classified information for weeks.  It appears that they only took action with respect to Flynn because the situation became untenable once the public found out about it.  This is something that the public certainly has questions about as well.  Who in the Trump administration was warned about Flynn, and why didn’t they do anything about it?  And, for those of us who really have our Trump “skepticism meters” set to high, there’s of course the additional question of whether Trump truly didn’t know about these phone calls as they were happening.  In other words, did General Flynn really go rogue, or were his actions authorized by Trump or someone close to him?

But, unfortunately – at least as it stands right now – the GOP isn’t going to help us get answers to any of those questions. (I actually have a bit of hope that this might be a situation where so much public pressure builds, and so much new information continues to leak out, that the combination will eventually make the GOP position unsustainable).  Last night and today, Republicans are already circling around, defending Trump and/or Flynn, making excuses, or at the very least deflecting and avoiding giving any direct answers on the subject.  There are a few Republicans I want to talk about whose views on the situation are particularly significant because of their roles in Congress.

The Republicans Who Have the Power to Investigate

The first is Congressman Devin Nunes, who is Chairman of the House Intelligence Committee.  He heads one of the committees that could initiate an investigation into exactly what happened with General Flynn.  He also happens to be a loyal Trump supporter.  Last night, before news of Flynn’s resignation broke but after all the other recent information about him was known, Nunes said, “I have great confidence in Michael Flynn. He’s probably the best intelligence officer of his generation” and he put out a statement giving Flynn his full throated support.  And in this Twitter thread, reporter Steven Dennis of Bloomberg relays an amazing conversation he had last night with Nunes, in which Nunes blames the entire incident on “swamp denizens” in the intelligence community who he says want to get Flynn out because they know he’ll try to clean up the swamp (h/t Josh Marshall of TPM).  That does not sound like someone who’s at all concerned about what role Flynn played in the situation.

He expects Flynn to keep his job, blames "swamp" denizens for leaks…

And today, Nunes announced that the Intelligence Committee won’t investigate conversations between Trump and Flynn because it’s prevented by Executive Privilege.  This of course makes no sense because if Trump wants to try to assert executive privilege then that’s for him to do himself, that’s not for Nunes to do proactively as an excuse not to even attempt an investigation.   Also, executive privilege is not absolute, and there is no way of knowing in advance if it would apply here.  But wait, there’s more!!  Then, Nunes decided there actually is something he wants to investigate.  But it’s not Trump or Flynn’s possible connections to Russia he’s worried about.  He wants to investigate the leaks that supplied the public with the information about Flynn’s interactions with Russia.  In fact, Nunes said that the most significant question arising out of this whole incident is why intelligence officials listened in on Flynn’s calls with Russia and then leaked the information.  And what a coincidence, Trump thinks that’s the real question here as well:

The real story here is why are there so many illegal leaks coming out of Washington? Will these leaks be happening as I deal on N.Korea etc?

The next person who would be responsible for launching an investigation into Flynn’s actions is Congressman Jason Chaffetz, as the Chairman of the House Oversight Committee.  But Chaffetz told reporters that there’s no need to investigate the situation, because “it’s taking care of itself.”  Keep in mind that this is the same Chaffetz who suggested that President Obama be impeached over Benghazi and who bragged that he already had two years worth of investigations into Hillary Clinton lined up, back in October when it looked like she was going to win the Presidential election.  He’s also the guy who couldn’t get to his Twitter account fast enough to announce publicly – and falsely – that the FBI had reopened the investigation into Hillary Clinton’s email 2 weeks before the election.  But suddenly he’s very laid-back and chill, totally comfortable with letting things take care of themselves.

FBI Dir just informed me, "The FBI has learned of the existence of emails that appear to be pertinent to the investigation." Case reopened

Next up, we have Speaker of the House Paul Ryan.  He’s not directly responsible for a committee that would conduct an investigation, but obviously as the leader of the House, he was enormous influence over whether an investigation takes place or not. This morning House Republicans held a press conference that was intended to be about their Obamacare replacement, but when it was Speaker Ryan’s turn at the podium, of course the only questions reporters wanted answered were about the Flynn situation.  Ryan said that he wouldn’t “prejudge” the situation, but then oddly enough when asked about whether an investigation was needed, he deflected by saying that the House was already looking into things

Then Ryan made a point to praise Trump, saying that “as soon as this person lost the President’s trust the President asked for his resignation.”  But as discussed above, this is not true, because the Trump administration was notified about Flynn’s calls weeks ago.  It was only when the news became public that Trump acted on it.  And even then, some reports say that Flynn made the decision to resign himself, he was not asked by Trump to leave.  A reporter followed up on the point about the timing, asking Ryan specifically about the fact that Trump’s administration was notified weeks ago.  Ryan ignored the entire point of the question and instead just asserted again that, “As soon as they realized they were misled, they asked for his resignation.”  It was just a complete refusal by the leader of House Republicans to even deal with the most basic facts as they happened, in order to be able to insist on his defense of the President.  So again, there was clearly no interest in getting to the actual facts of what happened.

Now you’re probably wondering, what about the Senate?  That’s a good question, because the guy in the Senate who should be responsible for an investigation into Flynn is pretty much MIA.  That would be Senator Richard Burr, Chairman of the Senate Intelligence Committee.  And surprise, he another loyal Trump supporter.  The only thing we heard from him today was this statement expressing support for General Flynn:  And that’s it from him. And Senate Majority Leader Mitch McConnell basically said that all questions should be directed to the White House, and brushed the whole thing off as “White House intrigue.”

Anywhere Else To Look??

So that’s it from all the Republicans who have the most influence in terms of starting an investigation into what really happened with General Flynn.  However, there are some Republicans who are asking more questions, talking a little tougher about Flynn and being more critical of Trump with respect to the situation.  They’re the ones to watch to see if public pressure or further leaks might eventually lead them to actually call for an investigation.

Among those Republicans are, unsurprisingly, Senators John McCain &  Lindsey Graham, who have been the most outspoken Republicans about Trump’s unusual relationship with Russia, and Congressman Justin Amash who is known to be very independent and is often a thorn in the side of leadership.  One GOP Senator, Roy Blunt has explicitly said that an “exhaustive investigation” into the situation is needed.

So this aspect of the story may continue to develop.  Reporters are very interested in it – for now.  When the next outrageous story comes along – as it always does – will reporters get distracted & move on, or will they be able to stick with this story and pursue it? If they can stick with this story, that will make it a lot harder for Republicans to sweep it under the rug.  And if more leaks drip out, that will put the pressure on as well.  Those two things, combined with pressure from the public, might, just might be enough to eventually push Republicans to pursue some oversight in this case.  But I won’t hold my breath.

2 thoughts on “Just an Oversight?”