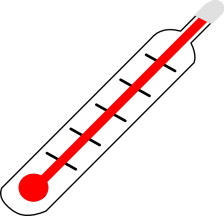 have been greeted with very big and very angry crowds at their town hall meetings with constituents as they’ve ventured back home for this week’s recess (at least, those members who’ve been brave enough to hold town halls – many are just  avoiding them altogether).  Much of the anger has been focused on GOP plans to repeal Obamacare, especially with no stated plans for what they’re going to replace it with. There has also been a lot of anger expressed about members’ unwavering support for Trump and their unwillingness to stand up to him on Russia, his tax returns and the general feeling that his first month in office has been consumed by chaos.

Here’s what Trump had to say about that:

The so-called angry crowds in home districts of some Republicans are actually, in numerous cases, planned out by liberal activists. Sad!

Now, we know Trump is not a big fan of doing homework or preparation of any kind, but I’m still having a hard time understanding how accusing someone of “planning” is supposed to be an insult.

Of course the real answer is that – like many of Trump’s angry tweets (and, one might argue, Trump’s entire presidency) – there’s no logic to it because it was just lifted right out of a Fox News segment Trump had watched a few minutes earlier.

if you want to know what POTUS is referring to, his comment below came mins after my report on this earlier tonight https://t.co/NqCGy8nrv1 https://t.co/j99zaFn1gW

Updating to add this great roundup from Talking Point Memo of a bunch of the contentious meetings GOP members had in their home districts yesterday. And also this very lame defense of Trump’s tweet by Sean Spicer at this afternoon’s press briefing:

Asked by ABC’s Jon Karl if the President thought all the anger at these town halls was manufactured, Spicer replied that it was a “hybrid” with some real anger but also professional protestors who were there just to get media attention.  While granting that some people are genuinely upset, Spicer made sure to point out that the doesn’t believe it’s a real representation of the members’ districts, but rather just a “loud, small group.”

Karl followed up by asking if Trump believed there was real anger among people worried about losing their health insurance, and Spicer responded by saying that was a “false narrative.”  Spicer and Trump have obviously forgotten (or are hoping we’ll forget) that the “loud small group” who didn’t ask for their policies is actually a majority of the American people.

Leave a Reply to The VERY PROUD Anti-Trump Cancel reply