Today I have an unfortunate update for you on a recent DC Deciphered post, Justice Colored Glasses.  In that post I argued that one very small bright side of the Trump presidency is that Democrats/progressives 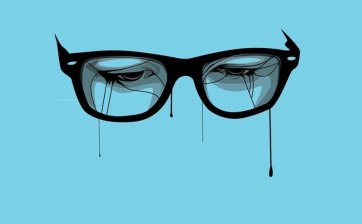 are finally starting to understand the importance of something the Right has long made a top priority: the federal judiciary.

This has happened for several reasons, but one is that the media has been doing a good job in recent months of focusing on efforts by Trump and Republicans to reshape the judiciary in a much more conservative direction.  So at the end of that post, I shared with you a recent NY Times article that I thought gave a nice, broad overview of how the right is pursuing this goal.

In addition to giving a picture of just how quickly Trump is changing the face of the judiciary and how crucial this project is for the right, [that article, by the Times’ Charlie Savage] gives details about how far outside of the mainstream some of Trump’s nominees have been.  Savage also covers the array of procedural tricks the Republican Senate is using to help Trump usher these changes through.

So now here’s the update: In that article, Savage described one procedural constraint that still remained on Republicans to slow them down in their rush to remake the judiciary.  There was one constraint left that still allowed the minority party –  currently, the Democrats – to have some ability to weigh in on the makeup of our third branch of government.   But in the short time since that article was published, Republicans have done away with that last restraint.

Republicans kill blue slip process for judges, given Democrats even less influence over federal judges. This will affect Americans for DECADES https://t.co/TeL0WfGTCq

The procedure in question is known as the “blue slip” process/practice.  This is not a formal rule of the Senate but is instead a Senate courtesy that’s been in place for a century.  Under this tradition, the Senate Judiciary Committee won’t hold a confirmation hearing for a judicial nominee unless both Senators from the nominee’s home state approve.  The idea was to give Senators who would be more familiar with the local judges and lawyers being considered real input into the process.  Some states even have official committee that recommend and sign off on nominees.  The “blue slip” is named for the letters – usually on blue sheets of paper – the home state Senators return to the Judiciary Committee to signal their approval of a nominee.

Under Obama’s presidency, Democrats controlled the Senate for six out of his eight years in office.  During that time, the Democratic chair of the Judiciary Committee, Senator Patrick Leahy, honored the blue slip process, allowing Republicans to have full input into the selection of judges from their home states.  When Obama took office, McConnell and his Republican caucus told Obama:

The appointment of federal judges is a “shared constitutional responsibility,” the Republicans said, warning Mr. Obama that “if we are not consulted on, and approve of, a nominee from our states,” the senators intended to prevent that nominee from getting a hearing. They expected the blue-slip policy “to be observed, even-handedly and regardless of party affiliation.”

During Obama’s final two years in office when Republicans held the Senate majority, Republican Chuck Grassley chaired the Judiciary Committee, and he continued to follow the blue slip tradition.  During the eight years of Obama’s presidency, Republicans used the blue slip process to block 18 of Obama’s judicial nominees, including 6 appeals court judges.

In addition, Republicans used the blue slip process to slow down the confirmation of dozens of additional nominees, to the point where Obama didn’t even nominate anyone for a number of openings toward the end.  At times, these practices were engaged in with no explanation from Republicans as to why they were blocking the particular nominees.  Overall, this blocking & slowing tactic was a big part of the reason that Trump had nearly 150 judicial vacancies waiting for him to fill  when he took office this past January.

In 2015 and 2016 ALONE, Republicans used the #blueslip to block these nine Obama nominees:

At the start of President Trump’s term, Senator Grassley, who still chairs the Judiciary Committee, said he would continue to honor the blue slip process, just as he did under President Obama.  But then, apparently not satisfied with the progress they were making on appointing judges – despite it being the fastest pace for confirming new judges in half a century – Grassley recently announced a change in those plans.

No president in nearly half century has gotten as many appeals judges confirmed this early as Trump. @charlie_savage https://t.co/4G7GE4sMZ5

Grassley attempted to defend the hypocritical move with a bunch of specious arguments, which you can read about in his op-ed here, if you’re interested.   But his case is pretty thoroughly debunked both by his Democratic counterpart Sen. Dianne Feinstein here, and in this analysis by progressive advocacy group People for the American Way (PFAW).  Grassley’s arguments are nonsense mainly because Democrats are not attempting to obstruct but simply want to be consulted on candidates before their nominations are submitted.  Republicans have instead left them entirely out of the process.  But the most damning argument against Grassley is made by Grassley himself.  In his op-ed he writes:

The minority also points to a letter signed by Republican senators at the beginning of the Obama administration explaining that senators expected to be consulted on judicial nominees from their home states. This letter merely supported continuation of the strict blue-slip policy adopted by Chairman Leahy (D-Vt.) during the Bush administration. It would have been unfair to allow President Obama to make judicial nominations without home-state senators’ approval when Chairman Leahy demanded such terms under President Bush.

As PFAW points out in the piece linked above, if it would have been unfair to change the terms under President Obama, then Grassley and the Republicans can’t actually justify changing the terms now.  But they hold all the power, so whether they can justify it or not, they’re doing it – and Democrats have no way to stop them.  This leaves Democrats with no further tactics for blocking or even having a say in Trump’s judicial nominees.

Trump and the Republicans can confirm ever more extreme or even unfit nominees to the bench, and there will be no moderating force to stop them.  And these nominees serve for life, so they will affect the makeup of the courts – and our laws, and our lives – for decades to come.  Despite my previous post about Democrats finally starting to make the federal judiciary a priority, I fear this latest episode is flying under the radar.  Republicans are about to pull off a heist of our judicial system while nobody is watching.

As a small side note, over Thanksgiving weekend, a perfect example of why the federal

judiciary is so important has developed:  the battle over the acting Director of the Consumer Financial Protection Bureau (CFPB).  I’m not going to cover this story in detail here, because it’s thankfully being covered pretty thoroughly in both the print and tv media, but just in case any of you had missed it, I would be remiss if I didn’t at least call your attention to it.

In short, the agency’s former Director, Richard Cordray resigned at the end of last week and appointed someone from within the agency, Leandra English, to become the acting Director.  He believes the statute that created the CFPB (the Dodd-Frank Act) gives him the authority to make that appointment.   However, shortly after he did that, Trump appointed someone from within his administration, Mick Mulvaney (the OMB Director) to become the acting Director of the CFPB.  Trump believes that a more general statute, the Federal Vacancies Act gives him the authority to do that.  You’ll note the obvious problem there – that means two people are both appointed to be acting Director.

Barney Frank: We deliberately tried to protect the CFPB from what Trump is trying to do https://t.co/Wfp7yQHU0a pic.twitter.com/GYv1Zgm0Qg

And the craziest part is that both sides have decent legal arguments for their positions. No one is quite sure who is right, and there’s no precedent for this issue.  The CFPB’s general counsel has sided with Mulvaney, so for now, Mulvaney seems to have the upper hand.  But there are plenty of legal experts making strong arguments in favor of the other side.  English has filed a lawsuit with the District Court of D.C. asking for a temporary restraining order against Mulvaney and for the court to establish that she is the acting Director.  So this will ultimately be decided by the courts – bringing us back to the original point of why the judiciary is so crucial.  It ends up touching on nearly every aspect of our lives – even on issues that you wouldn’t think up in your wildest imagination.

But regardless of the outcome in that case, this fight is significant, because it is the inevitable explosion of the bitter battle the GOP has been waging against the CFPB since its inception. I wrote about that on this blog back in April in Protection Objection, and explained how the GOP was waging that fight in large part by attacking the Director position.  Now, Trump and the GOP are finally getting their chance to dismantle the agency – if not in fact, then in purpose – by appointing as its Director a man who has long wanted the agency torn down.  Mick Mulvaney has in recent years called the CFPB a “sick sad” joke, and when he was a member of the House, he sponsored several bills to eliminate the agency altogether.

The Consumer Financial Protection Bureau, or CFPB, has been a total disaster as run by the previous Administrations pick. Financial Institutions have been devastated and unable to properly serve the public. We will bring it back to life!

And keep in mind that this current fight is about the acting Director position, i.e. this position is only temporary, until Trump appoints a permanent Director.  Trump can now, at any point, name whoever he chooses to be the permanent Director, as long as s/he can get the votes of 50 members of the Senate (plus VP Pence).  With this pliant GOP Congress, that should not be a difficult hurdle to overcome, no matter who Trump nominates.  Surely it will be someone who, like Mulvaney, thoroughly opposes the mission of the agency and will run the agency in a manner consistent with that belief.