Occasionally when Trump posts one of his many outrageous or nonsensical tweets, you’ll get someone who attributes to him way more brains & strategic savvy than he actually has.  They’ll posit that Trump has posted this latest controversial tweet in order to distract the media and the public from some other controversy that he really do 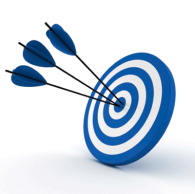 esn’t want them to pay attention to.  I think that’s being way too generous to Trump, and that the truth is

he actually has no impulse control and just tweets about whatever is hurting his delicate ego at the moment or whatever he currently needs to brag about to puff up said ego.  It often happens to work out that his tweets distract from other more important or equally important things. But that’s simply because he usually has so many controversies going at once.

This week, something sort of similar happened with House Republicans.  You’re probably aware of the major controversy that erupted Monday night and throughout the day Tuesday when Republicans in the House voted to dismantle the Office of Congressional Ethics (OCE).  The vote came with no warning (after being secretly planned for weeks) and was held at night, at the end of the long New Years Day weekend, seemingly in an attempt to avoid the news cycle.  However, it actually ended up making tons of news, and it spread like wildfire on Twitter.   There was intense reaction from activists, and Republican House members were inundated with angry phone calls & in-person visits to their offices.  They ended up having to reverse their decision.

However, what you might not have heard about was another rule change House Republicans made at the very same time all of that was happening.  In Trump-like fashion, Republicans had everybody so busy with one controversy (in this case, a legitimate one that deserved attention) that we all completely missed another big one.  Thankfully a few days after the chaos over the OCE died down, some enterprising reporters did pick up on this other rule change. So yesterday, a bit of reporting came out explaining that House Republicans had reinstated an old rule called the “Holman Rule.”  This rule was first devised all the way back in 1876 and has rarely been used in the modern era.  In 1983, use of the rule in the House was ended for good  . . . until now.

The Holman Rule allows any member of the House to add an amendment on to an appropriation (i.e. spending) bill that would cut the annual salary of any individual federal worker down to $1 or the budget of any individual federal program down to zero.*  So basically, it allows any House member to target any single federal employee or program that they don’t like for any reason – or no reason at all – and get rid of them.  Majorities in the House and Senate would still be required to approve the amendment, but you can imagine scenarios where amendments like these would be traded as favors for other amendments or approved simply to move must-pass bills along.  And even when such an amendment doesn’t ultimately get approved, think about the intimidation factor of being a federal employee who’s the subject of one of these amendment just being discussed on the House floor.

This possibility is particularly concerning in light of what we know about the behavior of Trump’s transition team so far (and the willingness of Congressional Republicans to back Trump on just about everything he’s said or done since winning the election).  So far, Trump’s transition team has asked three different agencies for lists of names of employees working on particular matters.  In the most high profile incident, they asked the Energy Department to provide the names of any employees who have worked on President Obama’s climate initiatives (the Energy Department declined to provide them).  They also asked the State Department for the names of workers who focus on gender equality and ending violence against women, and they asked both the State Department & the Department of Homeland Security for the names of employees working on programs to  counter violent extremism.  And these are just the requests we know about – it’s possible there were more requests made that we haven’t learned about, or there may be more still to come.

In addition to this evidence that the Trump team already may have some employees or programs in its sights, we also know that the GOP was already planning ways to cut back what they refer to as the “government beauracracy” of the federal work force.  The Republican Party platform (unveiled over the summer at the convention) called federal employees overpaid and overprotected and said it was too hard to fire bad employees.  More recently, it was reported that Trump and congressional Republicans were formulating plans to cut back the federal workforce by “eroding job protections and grinding down benefits” and through hiring freezes & making it easier to fire poor performers, etc.

And possibly most concerning of all when it comes to this power to single out & target particular employees or programs, is that we know that Trump is a man who is extraordinarily driven by the desire for vengeance .  Any time he is slighted by someone, or there is even the perception of a slight, he must find a way to return the favor, often through nasty tweets, but often something more.  Just recently Donald Trump got personally involved in attempting to unseat the Ohio Republican Party Chairman because he had been critical of Trump during the campaign (before ultimately getting on board).  Trump himself got on the phone – in the midst of this presidential transition – to make calls to committee voters to ask them to vote for the opponent of the man Trump wants to dislodge.

Founder of Virgin Group, businessman Richard Branson tells a story of how years back, Donald Trump invited him over for lunch.  It was the first time they’d met, but before the lunch was even served Trump began telling him about how after his first bankruptcy he had asked a bunch of people for help and there were five who had said no.  So, Trump told Branson, he was going to spend the rest of his life destroying them.   This was the only thing Trump talked about the entire lunch, according to Branson.

So we have a Congress and a President who we know are likely to be hostile to many of the functions of government and its programs and who were already looking for ways to cut back its workforce.  Combine that with a President who’s driven by a thirst for vengeance and seems to perceive anything less than outright worship as a slight, and it’s evident why the reinstatement of this rule is extremely alarming.  There is a very high risk that it will be used to intimidate or even eliminate individual employees (many of whom are just doing the jobs they were hired for, not making high level decision on their own), along with the risk that it will be used to eliminate useful programs that would normally  be outside of Congress’ purview.  So this “little” rule change passed at night over the holiday weekend could have very big consequences.  The new Congress has just barely gotten started and Trump hasn’t even been sworn in yet, but it’s clear that we are going to have to be constantly vigilant.

*It’s uncertain whether a law that passed with such an amendment attached would actually be constitutional, because the Constitution prohibits “bills of attainder.”  This basically means Congress cannot make laws that target punishment at specific people who have not been found guilty of something at a trial.  However, in practice, laws have rarely been invalidated under this principle.  (Interestingly though, the few cases where laws have been struck down by the Supreme Court under this principle have all involved issues of lost/threatened employment).