Just a few updates today, as there are some new developments on several items I’ve written about recently . . .

I’ll start with my favorite thing to talk about on a Tuesday: The Bachelor.  In  When Worlds Collide I explained how politics and The Bachelor came together in Waukesha, Wisconsin.

Last night, viewers were treated to a tour of Waukesha, as Nick took his dates on a visit to his hometown.  We saw the local roller skating rink, watched Nick cheer on his sister’s soccer team, and got to see Nick and his dates attempt to milk cows.

But the night’s drama centered around this season’s villain, Corrine.  Corrine – at least the television version of Corrine – is immature, unfiltered, and entitled.   She has a go-to defense when she thinks one of the other girls is pointing out one of these flaws or – even worse – implying that she’s not as smart as they are.  She reliably responds with: “I run a multi-million dollar business!” (She lives at home with her parents who own the business, with which she seems to help out when she’s not napping).  My previous Bachelor post already laid out the parallels between Trump and your standard Bachelor villain, but once again I’m struck by how much this reminds me of the guy we all know, perpetually insecure about his intelligence and constantly flaunting his money & his business to compensate, in language that brings you back to your playground days.  Keep in mind that Corrine, however, is only 24 years old:

I went to Wharton, made over $8 billion, employ thousands of people & get insulted by morons who can’t get enough of me on twitter…!

Next up, way back when this blog was just a baby, all of 5 weeks ago, I wrote a short post drawing attention to some changes that would be coming at the Federal Communications Commission (FCC).  You can read that post here.  At that time, reporting had come out that the FCC Chairman who had been appointed by Obama would depart the position on January 20th. This meant that incoming President Trump would appoint a new chairman – one who would likely look unfavorably on net neutrality rules. (Net Neutrality is a set of rules that basically says that internet providers must treat all (legal) content equally.  They can’t block traffic from certain providers, and all traffic must travel at the same speeds.  So a provider like Comcast or Verizon can’t favor their own content or favor a big, established company over a start-up).    On Monday we got news of who that new FCC chairman will be:  his name is Ajit Pai, and he is indeed opposed to net neutrality. 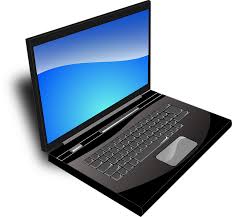 Pai is already a member of the commission’s five-member panel (the panel currently only has three of the five spots filled), so President Trump can elevate him to head of the commission without Senate approval.  The FCC has the discretion to make telecommunications regulations without going through Congress, so it will be able to undo net neutrality rules on its own.  It does have to go through a formal rulemaking process which takes about a year.  So the process will be slow, but there is no mechanism for Democrats, or anyone else, in Congress to prevent the change if the FCC chooses to make it.  The only potential (though unlikely) impediment if the FCC chooses to make this change would be through the courts.  However, some argue the real issue is no longer net neutrality anyway, but the utter lack of competition among service providers.

And lastly, an update to Coast-ing Part 2, in which I talked about why Trump and his supporters are so desperate to convince us that Trump really won the popular vote, and in connection, that he won the whole election in a landslide (when he actually had one of the smallest electoral vote wins in history).  Well . . . they’re still at it. Monday, at a reception at the White House, Trump told congressional leaders he would have won the popular vote if it hadn’t been for voter fraud, a claim he has made previously in public.  He told reception guests that there were between 3 million and 5 million fraudulent votes, which caused him to lose the popular vote.  There is, of course, no evidence for his claim.  The President’s press secretary, Sean Spicer, stood by this claim at today’s press conference but was still unable to cite any evidence to support it.

And, the pièce de résistance of the “landslide” scam: This is from Trump’s official Whitehouse bio, posted on Friday (h/t Josh Marshall of Talking Points Memo):

Mr. Trump won the election on November 8 of 2016 in the largest electoral college landslide for a Republican in 28 years. He won over 2,600 counties nationwide, the most since President Reagan in 1984. Additionally, he won over 62 million votes in the popular vote, the highest all-time for a Republican nominee. He also won 306 electoral votes, the most for a Republican since George H.W. Bush in 1988. Millions of Americans rallied behind his message of rebuilding our country and disrupting the status quo—this was a truly national victory and a historic movement.