Wow, we all thought last week was wild, what with the sudden firing of FBI Director James Comey and the uproar that followed. 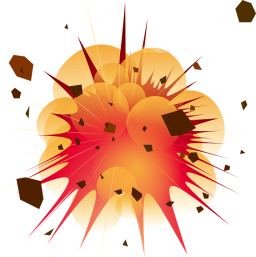 But this week makes last week look dull.  I’ve lost track of all the scandals that have broken this week – just when you started to absorb one, the next one dropped.

Finally things seemed to settle down just a bit with the news that Former FBI Director Robert Mueller had been appointed as special counsel to investigate the Russia matters. And it’s kind of hard to believe there was any other news going on this week . . . but there was.  So what else happened this week that you might have missed?

1. One of the most significant stories this week is a story that gotten very little attention outside the Twittersphere (And there it’s gotten loads of attention. John Oliver has also made it a pet cause on his HBO show). The story is the FCC’s vote to begin the process of overturning net neutrality rules.  On Thursday, the 2 Republican members of the FCC voted in favor of beginning that process, while the 1 Democratic member voted against (the FCC normally has 5 members, 3 of which come from the President’s party, but 2 seats are currently unfilled).

DC Deciphered actually wrote a post about this back when this blog first started, before Trump even took office.  I had come across an article in Recode which warned that Trump’s presidency almost certainly meant the death of net neutrality.  That just goes to show it was predictable even then that Trump & Republicans would side against consumers & in favor of the biggest corporations on this issue – we didn’t even have to wait for him to be inaugurated or appoint his new FCC Chair to know what position they would take.  And now here we are, on the verge of this profound shift in the way the internet is regulated.

In a 2-1 vote along party line, the FCC's Republicans officially begin to undo Obama-era regulations on Internet providers #netneutrality

The rule won’t be overturned immediately however, as agencies must go through a rather cumbersome process in order to change or overturn regulations.  So this vote marks the beginning of a 90 day period in which the FCC will take comments from the public on the proposed rule change.  After that, the FCC will then consider the proposal again, in light of the comments, and do a cost-benefit analysis, along with some other review before deciding how to proceed.  But FCC chairman Ajit Pai’s public comments show him to be quite committed to the idea of reversing net neutrality, and with the 2-1 Republican tilt on the commission, the outcome seems almost assured.

[DC Deciphered has also written a couple updates since that initial post, which you can read here and here, if you need a little more background on the issue of net neutrality]

2. Another huge story with potentially long-term ramifications that went under the radar this week due to all the Trump chaos: the Washington Post got its hands on a copy of Trump’s soon-to-be-released education budget. It makes huge cuts to public education in order to put more money into Trump & Betsy DeVos’ school choice platform. From the article:

Funding for college work-study programs would be cut in half, public-service loan forgiveness would end and hundreds of millions of dollars that public schools could use for mental health, advanced coursework and other services would vanish under a Trump administration plan to cut $10.6 billion from federal education initiatives, according to budget documents obtained by The Washington Post.

The administration would channel part of the savings into its top priority: school choice. It seeks to spend about $400 million to expand charter schools and vouchers for private and religious schools, and another $1 billion to push public schools to adopt choice-friendly policies.

The article goes on to detail many of the services and programs that would be cut to pay for investments in school choice, including voucher programs.  Please do go read the whole thing.

3. On a different Trump policy priority, Politico reports that Wall Street is feeling pessimistic about the prospect of tax reform getting done this year, due to Trump being constantly distracted by crises (of his own making, I’d add). At this point they’re simply hoping that we can avoid a debt ceiling catastrophe or a budget-induced government shutdown.  Maybe someone ought to tell VP Pence . . .

Know this – @POTUS Donald Trump will sign into law the most consequential tax cut in American history.

4. But not to worry, the trusty Koch brothers will be there to provide support. Politico also reports that the Koch brothers are planning to spend millions of dollars on advocacy in support of a tax reform plan along the lines of the one Trump is pushing for.

5. Apparently it doesn’t matter to anyone that economists both liberal and conservative say that such a plan would not boost economic growth, which is supposed to be the main arguments in favor of Trump’s plan:

When the economy is struggling, cutting taxes can increase spending by leaving consumers and businesses with more money to spend. That increased demand is valuable when unemployment is high; it puts people back to work.

But during periods of low unemployment, tax cuts can actually be damaging to the economy. If companies find it difficult to respond to the additional demand for goods and services by hiring workers and increasing output, the result is likely to be higher prices rather than faster economic growth . . .

Mr. Trump’s plan also would significantly increase annual federal deficits, adding trillions of dollars to the federal debt. Increased government borrowing drives up interest rates and reduces the financing available to the private sector, both of which weigh on economic growth.

6. In the meantime, the GOP is considering massive cuts to programs for the poor in a supposed attempt to balance the budget (while handing out the trillions of dollars in tax cuts to the wealthy alluded to above):

The proposal, which would be part of the House Budget Committee’s fiscal 2018 budget, won’t specify which programs would get the ax; instead it will instruct committees to figure out what to cut to reach the savings. But among the programs most likely on the chopping block, the sources say, are food stamps, welfare, income assistance for the disabled and perhaps even veterans benefits.

If enacted, such a plan to curb safety-net programs — all while juicing the Pentagon’s budget and slicing corporate tax rates — would amount to the biggest shift in federal spending priorities in decades.

Atop that, GOP budget writers will also likely include Speaker Paul Ryan’s (R-Wis.) proposal to essentially privatize Medicare in their fiscal 2018 budget, despite Trump’s unwavering rejection of the idea. While that proposal is more symbolic and won’t become law under this budget, it’s just another thorny issue that will have Democrats again accusing Republicans of “pushing Granny off the cliff.

7. Another challenger has entered the race to fill Jeff Sessions’ old Alabama Senate seat. You may remember Rep. Mo Brooks from a few weeks ago when he explained that it’s okay that the GOP health care bill gets rid of protections for preexisting conditions because that just means that sick people will pay more and people who lead “good lives” will get to pay less.  And I can’t put my finger on what exactly it is, but there’s just something about him that makes me think he’d be a perfect replacement for Sessions.

.@RepMoBrooks: "@TheDemocrats have overshot. I don't think there's going to be anything that ties @POTUS to the Russian activity." pic.twitter.com/K16wodVwHj

8. ProPublica, in conjunction with Gizmodo, did an investigation into the security of the internet networks at various Trump properties where President Trump still spends time, such as Mar-a-Lago in Florida, Bedminster Golf Club in New Jersey and others. The results were not reassuring:

The risks posed by the lax security, experts say, go well beyond simple digital snooping. Sophisticated attackers could take advantage of vulnerabilities in the Wi-Fi networks to take over devices like computers or smart phones and use them to record conversations involving anyone on the premises.

9. A piece of very good news for voting rights in North Carolina: the Supreme Court refused to hear an appeal of a lower court ruling that struck down a North Carolina voter ID law (along with several other measures that would have made it harder for many to vote). The appeals court had found that the law targeted “African-Americans with almost surgical precision.”

After the news broke, there was a bit of misunderstanding on Twitter & online about what exactly this meant for voting rights in general, so to clear that up: it doesn’t mean anything. The Supreme Court did not decide this case on the merits, no precedent is set here. The Court simply turned the case away without even hearing it.  So this means nothing for voting rights anywhere else or even really for future attempts to change the law in North Carolina. But it’s great news for North Carolina right now because it means the fight on this particular attempt at voter suppression is over, and the voters won.

10. This story got a fair amount of attention when it was first published, but if you missed it, you’ve got to read it now. It’s How Trump Gets His Fake News:

Just days earlier, K.T. McFarland, the deputy national security adviser, had given Trump a printout of two Time magazine covers. One, supposedly from the 1970s, warned of a coming ice age; the other, from 2008, about surviving global warming, according to four White House officials familiar with the matter.

Trump quickly got lathered up about the media’s hypocrisy. But there was a problem. The 1970s cover was fake, part of an internet hoax that’s circulated for years. Staff chased down the truth and intervened before Trump tweeted or talked publicly about it.

11. And speaking of reading, according to this Reuters article, officials on Trump’s National Security Council have an interesting trick for getting Trump to read his briefings:

National Security Council officials have strategically included Trump’s name in “as many paragraphs as we can because he keeps reading if he’s mentioned,” according to one source, who relayed conversations he had with NSC officials.

12. Congressman Jason Chaffetz, Chairman of the House Oversight Committee, who announced last month that he wouldn’t be running for reelection in 2018, has now announced that he’ll be resigning from Congress at the end of June. I guess you can’t really blame the guy. He thought he’d have 4 – 8 years of juicy investigations of Hillary to look forward to and instead he’s forced to spend every day coming up with increasingly ridiculous ways to defend Donald Trump.

Chaffetz is pressed *4 times* before finally saying Flynn shouldn't have been hired in the first place “knowing what we know now". pic.twitter.com/t93vb0ZBp7

There have been several reports out that his next move is expected to be an on-air role at Fox News. That’s certainly a more lucrative, less stressful way to spend your days making excuses for Trump.

one story that I think everyone will agree is adorable, no matter your opinion on Comey and his firing: Comey’s 9-year old neighbor baked him chocolate chip cookies and hand delivered them to his house after he was fired. Here’s what her mom wrote to an NPR reporter friend:

FBI Director Comey lives in our neighborhood, and, as you would imagine – there were a lot of reporters at the foot of his driveway today. Abby thought that was quite inhospitable. Well – either a 9 year old in a parochial school uniform dress doesn’t look very threatening- or the smell of the choc chip cookies was so good that the security detail could smell them from the other side of the gate …. in either case, Abby Grace just hand delivered a dozen cookies fresh from the oven. She walked up, shook the hand of the 6’10” agent, introduced herself, and, hopefully made Director Comey’s day a little bit better!