In the wake of last week’s vote by the GOP to overturn internet privacy protections, I figured now would be the perfect time to talk about some other changes that are on the horizon for technology regulations.   The new chairman of the Federal Communications Commission (FCC), Ajit Pai, has a very different philosophy about regulation than the man who preceded him under President Obama, Tom Wheeler.

Like the President who appointed him, Pai is very critical of many of the regulations put in place by the man he is replacing.  Pai’s preferences tend toward more leeway for corporations and fewer protections for the consumer.  So what sorts of changes will that bring?

First, a bit of background.  You may not be familiar with the name Ajit Pai, or even if you are, you almost certainly haven’t heard much about him.  This is a bit unusual in Trump world, as just about everything Trump does makes big news.  Nearly all of Trump’s cabinet and agency appointments have gotten reams of attention, and many have been quite controversial.  Pai just became the new head of the FCC, so why didn’t we hear anything about it?  The reason Pai’s appointment made almost no news is that he didn’t have to be confirmed by the Senate. 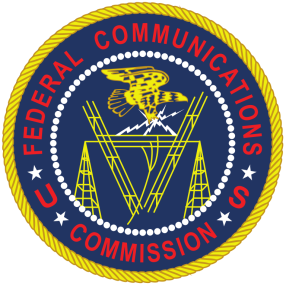 Because he had already been confirmed by the Senate for that original appointment, Trump was able to elevate Pai to Chairman without a new Senate confirmation.  However Pai’s term expires soon, and Trump has already re-nominated him to another five year term, for which he will need to be re-confirmed.

If the FCC is operating the way it’s supposed to, Pai’s decisions and the decisions of his fellow commissioners will not be influenced by the President.  They will be making their decisions autonomously.  However, a President will of course try to appoint a Chairman whose philosophy he believes is likely to line up with his own.

The biggest change that we’re likely to see in the technology area is a reversal (or at minimum, a big scaling back) of net neutrality rules.  This is the next item the GOP wants to tackle in the tech arena.  Net neutrality rules (officially called “open internet” rules) say that internet service providers must treat all (legal) online content equally.  They can’t block or slow traffic from certain providers, they can’t charge extra for fast lanes, etc.  Our President does not seem to understand that this is what net neutrality means, but that never stopped him from having an opinion on it:

Obama’s attack on the internet is another top down power grab. Net neutrality is the Fairness Doctrine. Will target conservative media.

The net neutrality rules were finalized in 2015, so they are not eligible to be reversed under the quick, simpler method the GOP just used to reverse the internet privacy rules (see this previous post for an explanation of how that method, the Congressional Review Act, works).  So net neutrality must either by reversed by the GOP going through the normal legislative process (at which they’d be very unlikely to succeed) or the FCC must go through its rule making process.  So the latter is almost certainly the route they will take.

"Net Neutrality" is Obamacare for the Internet; the Internet should not operate at the speed of government.

Ajit Pai has made his opposition to the net neutrality rules well known, and he voted against the rules as a member of the commission in 2015.  President Trump and his representatives have also been open about the President’s position on the issue, though his views should not influence Pai’s actions. Here’s Sean Spicer:

The Obama-era rules, Mr. Spicer said, were an example of “bureaucrats in Washington” placing restrictions on one kind of company — internet service suppliers — and “picking winners and losers.”

Pai and the GOP may find this process quite a bit more uncomfortable than the process of reversing the internet privacy rule, however. Because this rule change, unlike internet privacy, will have to go through the long, slow agency process, there will be plenty of time for opponents of the change to voice their displeasure.   Democrats in Congress are strongly opposed to the change.  And there is likely to be widespread public interest in the issue as well.  When the original rule was being considered, the FCC received more than four million public comments in favor of net neutrality.

The battle for a free and open internet has begun. Retweet if you are ready to fight Trump's misguided effort to gut #NetNeutrality

Tech companies also generally favored the rule when it was originally imposed, but this time around they have mostly been silent on the topic.  Some industry experts say this may be because they have bigger problems to worry about with Trump, such as his immigration orders, or because they’re trying to play nice with him on issues where they think he can help them, such as tax reform.  Others think it may just be low on their list right now because the threat doesn’t feel imminent.  Still others fear that tech companies may not be speaking out because they feel it won’t make a difference.  So that’s something to watch for in the coming battle on this matter. *

Giving Up Fight for Caps on Prison Phone Rates

The next issue that will see a change under Pai is prison phone rates. In 2015, the FCC placed caps on prison phone rates. Many feel that rates charged to prison inmates are exorbitant and prisoners are, obviously, a captive market, so these extraordinarily high rates can seem abusive.  The commission vote on implementing the caps was 3-2, with Pai being one of the votes against.

Pai argued that the creation of the caps exceeded the FCC’s authority.  The prison phone industry sued the FCC over the caps, and the caps are stayed while the lawsuit proceeds.

Under the previous commissioner, the FCC was in the process of defending itself in the lawsuit, arguing that it had the authority to place caps on phone rates.  But under the new commissioner, Pai, the FCC has notified the court that it will no longer defend its position in the suit.  The case is not over, because there are other parties who are still arguing on behalf of the prisoners.  The legal details get a bit more convoluted than that, but the bottom line is that the FCC no longer takes the position that it wants to cap prison phone rates.

Handing Over Broadband Subsidy Program to the States, Allowing Fewer Companies to Participate

The federal government has long had a subsidy program to assist low-income Americans with their phone bills, on the theory that phone access is a critical function of modern day living.  This program, named Lifeline, has existed for about 30 years.  In 2016, the previous FCC Chair, Tom Wheeler, finalized a plan that expanded Lifeline to cover broadband service as well.  With this change, people who qualify for the plan get a $9.25 subsidy per month for high speed internet.  As part of the program, the provider companies must be vetted by a third party before they can be eligible to participate.

One of the first moves Pai made upon becoming FCC Commissioner was to remove nine companies from the list of approved Lifeline providers.  Pai defended this decision first by saying that the companies needed further review to prevent fraud, then by saying that they were just nine out of 900 approved companies.

However most of the 900 companies in the Lifeline program provide only phone service, not broadband.

An example of one of the companies that was removed from the list is a company called Kajeet.  This company provides internet to over 300 school districts in 41 states plus Washington D.C.  It provides take-home hotspots to allow kids to do homework online.  So just removing that one company has a profound effect on the ability of low-income families in the program to access broadband.

Only a few days ago, Pai revealed that he plans to move the Lifeline approval process to the states.   Each state will decide which companies can participate in the program.  This might sound sensible, but it means that companies that operate in multiple states will have to go through the application process over and over again.  Looking at the example above, Kajeet, which operates in 41 states will now have to go through 41 applications before it will be able to offer broadband to as many people as it had been previously.  It also means that states that aren’t as supportive of the the program can make it more difficult for people to get subsidies.

Former Chairman Wheeler had a plan to “free” cable subscribers from their cable boxes.  He actually had a couple different plans, as he altered the plans to try to work out a compromise with the cable companies.  But the gist was that cable companies would be required to offer subscribers a way to watch the cable company’s content on third party boxes, so that they would be able to choose the features they desired in a set-top bax and not be locked in to paying rent to the cable company.  This plan had not been voted on by the FCC as it faced strong opposition from the cable industry and the GOP. And even some Democrats had concerns about the most recent version of the plan. Chairman Pai has now removed it from the agenda, so the plan is officially dead.

One very positive change the FCC is working on is a new rule that will make it easier for phone companies to block robocalls.

The commission just voted in favor of this rule.  Robocalls are the top complaint the FCC gets from the public, according to Pai.  Robocallers often hide the number they’re calling from by using a “spoof” number.  Phone companies had been limited in their ability to block these calls out of fear they might accidentally go afoul of FCC rules that prevented them from blocking legitimate numbers.  The new FCC rules ease those restrictions, making it easier for phone companies to block numbers that they suspect are “spoofs.”   The rule must now go through the public comment process before it can be finalized.

And one last interesting change, we might see: FM radio on our cell phones.  This one is very iffy, because while Pai has spoken out in favor of this change, he doesn’t believe this is something the government can mandate.  So the FCC won’t be making any rules in this area, but Pai has said he will try to nudge cell phone carriers in this direction.

Most smartphones already have FM radio antennae built in, but they’re not activated in about half of all U.S. phones so they can’t pick up a signal.   If Pai can convince the industry to activate these chips, then voila, we’ll have radio.  Of course, because FM radio does not require data usage, this could mean a big dent in their profits, so we might not be seeing this change any time soon.

*Pai has already made one change that undermines net neutrality rules.   Some internet providers exempt certain apps from counting toward customers’ data plans.  So customers can stream unlimited amounts from those particular apps without it costing the customer anything.  This practice is called “zero rating.”  This could be a violation of the principles of net neutrality.

So under the former Chairman, the FCC sent these companies letters notifying them that this practice would be investigated to determine whether it is indeed a violation.  Chairman Pai has dropped these investigations and will allow zero rating to continue.