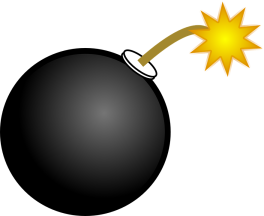 The week started out looking like it was going to be dominated by tales of GOP House members home for recess being confronted by constituents angry about the health care bill.  But then, just like that, Trump pulled the old “fire the FBI Director” trick out of his hat!  Of course I don’t think Trump fired Comey to distract from the angry town hall meetings, but remember back in the day when every new Trump scandal was considered some bit of strategic genius by him to distract from whatever the previous scandal was??  Anyway, this week’s news ended up being dominated by the bombshell story of Comey’s unceremonious firing & the Trump administration’s rapidly unraveling attempts to rationalize it.  But what else happened this week?

1. If our republic survives the debacle that is Trump (Okay, I’m being overly dramatic – I think we’ll survive. Probably), his most lasting legacy looks like it’s going to be the long term damage he does to our planet with his wide ranging attempts to roll back Obama’s efforts (and even those of Obama’s predecessors) to slow the effects of climate change.

In What Did I Miss? 4/21, I wrote that Trump was expected to make a decision soon on whether or not the U.S. would remain in the Paris Climate Accord. Trump’s advisers were split on whether to stay in or withdraw, but at that time, it looked as though the advisers who were pushing him to remain in the agreement were winning the day.  However since then, the decision has been delayed several times amid continuing disagreement.

Uncertainty looms as representatives meet to hammer out details of the Paris climate accord https://t.co/rz6j8DKsvI pic.twitter.com/xwYD1YDlTN

And now, this past Tuesday, reports came out that Trump was delaying the decision yet again.  A meeting that was supposed to be held on Tuesday between Trump and his top advisers to discuss the decision has been postponed.  Trump had originally said he would make a decision on this before attending the G7 summit in Italy at the end of May.  But now Sean Spicer has told reporters that Trump won’t have a decision until after that trip.

Former President Reagan's secretary of state is pleading for the US to stay in the Paris climate agreement https://t.co/nt9nhBCG3L pic.twitter.com/Fmd6YW4uJB

And apparently in a phone call on Monday with France’s President-elect Macron, Trump said he was “pondering” whether to stay in the agreement. Remember, throughout the 2016 President campaign, Trump assailed the Paris Climate agreement and promised to immediately withdraw the U.S. upon becoming President.  Also keep in mind, whether or not Trump decides to remain in the Accord, it’s already clear that the U.S. will not actually be able to meet its obligations under the agreement, as Trump has signed an executive order reversing Obama’s Clean Power Plan, which was one of the biggest elements of meeting that pledge.

2. On a related note, the Environmental Protection Agency has dismissed half of the advisers on a key scientific review board.  EPA chief Scott Pruitt has said he may replace them with representatives from the very industries they’re meant to regulate.

Pruitt’s move could significantly change the makeup of the 18-member Board of Scientific Counselors (BOSC), which advises EPA’s prime scientific arm on whether the research it does has sufficient rigor and integrity, and addresses important scientific questions.

The scientists had all come to the end of the 3-year terms they were serving, but it has always been standard procedure for scientists on this board to be re-appointed for at least a second 3-year term.  And they had all been told previously that they would be staying on in their jobs.

3. On a happier – or at least a more amusing – note, a new Quinnipiac poll asked respondents to name the first word that comes to mind when they think of Donald Trump. The winner? “Idiot.” Coming in second and third were: “incompetent” and “liar.” But it wasn’t all bad for Trump: in fourth place was “leader,” though that was followed by “unqualified” in the fifth spot.  Check the link for the rest of the top ten.

4. The Quinnipiac poll also showed Trump with a near record low approval rating of 36% versus a 56% disapproval. This is back down, after he got a little bump out of his adventures with the missile strikes in Syria. (The missile strikes were on April 7, and on April 19 his approve/disapprove was at 40/56).

And this is big, especially if other polls start to show the same:  Among white voters without a college degree his numbers are 47/46.  That’s down from 57/38 on April 19.  So he’s gone from a net of +19 to only +1 in less than a month among his most important voting group.  That’ll be an interesting trend to watch.

Also big: By a margin of 54 – 38, voters want Democrats to win control of the House.  Because of extreme gerrymandering of House districts, combined with the way Democrats tend to naturally cluster in cities (i.e. lots of them are condensed into few districts), Democrats need to win the overall House vote by a large margin in order to actually win the majority of House seats.  Experts say Democrats would likely need to win by a margin in the 8-12 point range in order to flip the House.  2018 is a long way away, but if numbers like these can hold up, Democrats will have a good shot at winning.

5. And on that note, Larry Sabato of Crystal Ball, one of the most respected political scientists and election forecasters out there, has shifted 18 House races in the direction of Democrats as a result of the House vote on health care. 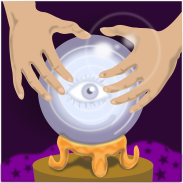 And the Cook Political Report, which is another of the most respected election forecasters in the business, moved 20 House seats seats toward the Democrats last week, also as a result of the health care vote.

6. And speaking of that health care vote, the new Quinnipiac poll shows that the health care bill that just passed the House gets a 21% approval rating. But that’s actually good news for the GOP, since the earlier version of their bill – the one that ended up failing before it even got to a vote – had only a 17% approval.

7. More from the good news department (this actually happened last week, but . . .): A judge in Georgia has extended the deadline for voter registration in the GA-6 special election (Jonathan Ossoff vs. Karen Handel). Under Georgia law, only people who were eligible to vote in the original election on April 18 would be eligible to vote in runoff on June 20.   But a group of five civil rights groups sued, saying that this violated the National Voter Registration Act, which prohibits states from having registration deadlines more than 30 days before an election.  The judge agreed and ordered Georgia election officials to extend the registration deadline through at least May 21.

Voting rights are constitutional rights. Enough said. Make your voices heard on 6/20 and in every election. https://t.co/9rxUGaG95D

8. A Fourth Circuit Court of Appeals in Virginia heard arguments this week on Trump’s revised travel ban. The Trump administration is appealing the nationwide injunction imposed by a district court judge in Maryland back in March. This is the first time the travel ban has come before an appeals court.  And this coming Monday, a hearing will begin in the 9th Circuit on another appeal, also brought by the Trump administration, against different plaintiffs.  This appeal coming up concerns the nationwide restraining order placed on the travel ban by a district judge in Hawaii (this one came a few days before the judge in Maryland imposed his).

And in the strangest coincidence, the statement on Trump’s campaign website calling for “a total and complete shutdown on Muslims entering the country” – which had remained there all these months since the election – has suddenly been scrubbed from the site. Here’s what that page looks like now:

9. Have you heard of a company called Sinclair Broadcasting? It’s the country’s biggest owner of local tv stations – and they’re about to own a lot more. The company just made a deal to buy Tribune media. Why do we care?  Sinclair is a conservative tv company that places its conservative newscasts on its tv stations.  And soon they will on even more tv stations.

Back in December of last year, Jared Kushner revealed that the Trump campaign had made a deal with Sinclair during the campaign in order to get more positive media coverage for Trump in exchange for giving them more access to the campaign.  Sinclair responded to that claim by saying that deal was nothing “nefarious” and was a common arrangement that many tv stations make with campaigns.

Whether that’s the case or not, you may remember that Trump was doing almost no television interviews outside of Fox News by the time the general election rolled around.  So if he was giving extended time to this network, it was because he felt comfortable there (i.e. he wasn’t worried about being challenged).

"In exchange, Sinclair would broadcast their Trump interviews across the country without commentary…" https://t.co/XCAUyxvKYg pic.twitter.com/kSMH8jssoz

10. And finally, Politico compiled a database of the people Trump has been taking meetings with. It’s not a complete list, since the White House doesn’t release its visitors logs.  But Politico made the list using public documents, media accounts and its own reporting.  They came up with a database of more than 1200 people who had met with Trump as of this past Monday night. So who’s on the list?  You’ll be shocked to discover that it’s made up of mostly rich, white, Republican men.  But there are some others on there too, and Politico breaks it all down for you.  Check it out here.

White House will not release visitor logs—so @Politico compiled its own. Amazing new database of who has Trump's ear https://t.co/mjfkxu4eCI pic.twitter.com/Jgg1Nsh4BP